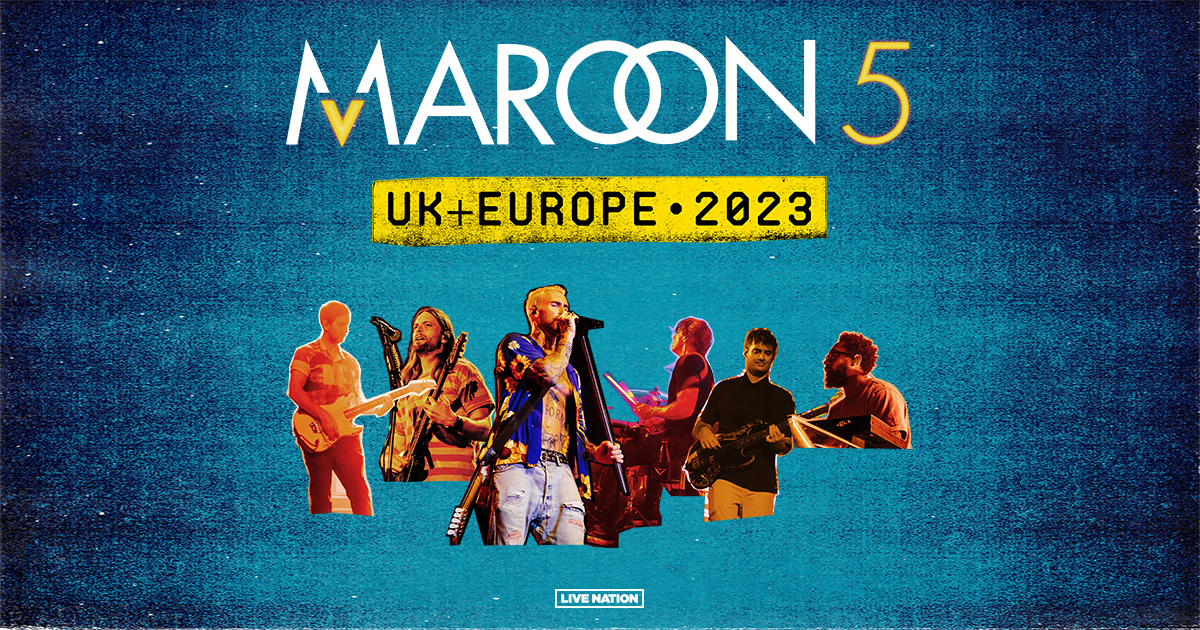 Maroon 5 have announced a tour for Europe in 2023. The tour will kick off in Lisbon Portugal on 13 June and travel through Spain, Italy, Czech Republic, Denmark, Netherlands, Germany and France before concluding in London on 3 July.

Maroon 5 have announced M5LV The Residency, an exclusive run of shows next year, at Dolby Live at Park MGM.